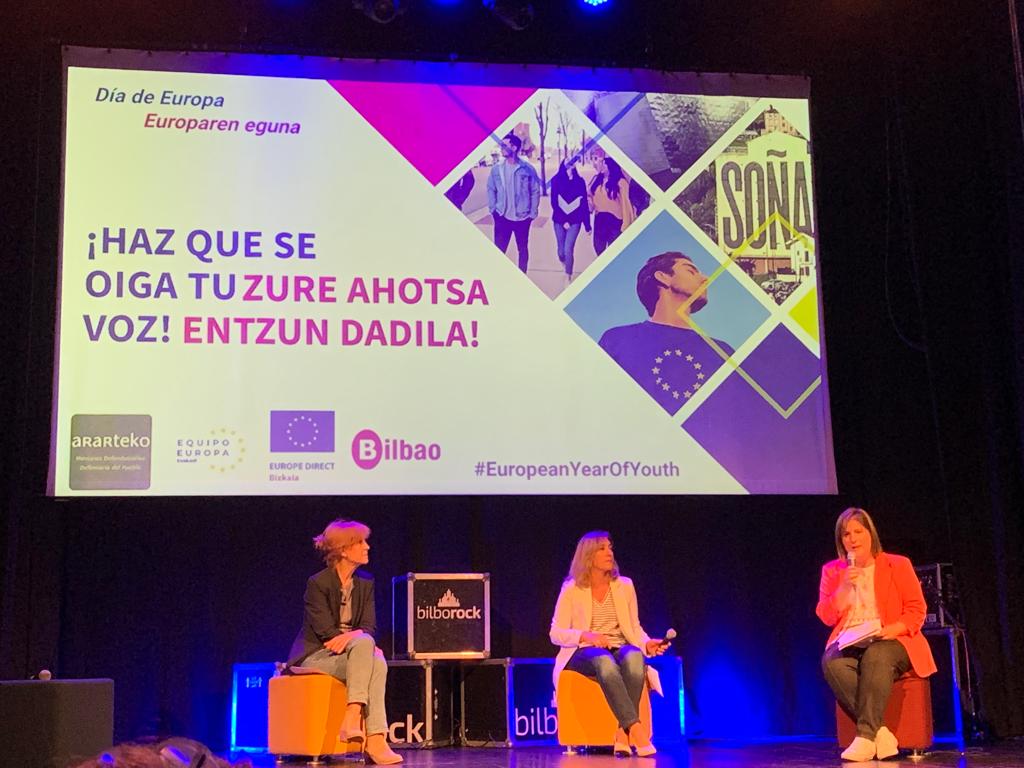 On 9 May, the Ararteko took part in an event to celebrate Europe Day in Bilbao, together with Europe Direct Bizkaia, Equipo Europa Euskadi and Bilbao City Council. It was an opportunity to showcase the European Union and the opportunities that it offers to young people.

The Deputy Ararteko, Inés Ibáñez de Maeztu, opened the event by expressing the institution’s solidarity with the victims of the war in Ukraine and the Ararteko’s institutional commitment to European values and to the interests of young people and adolescents. She recalled that the European Committee of the Regions had last year called on all EU regional governments to dedicate Europe Day 2022 to the Charter of Fundamental Rights of the European Union. As regards the European Year of Youth, being held in 2022, she stressed the work on climate justice by Ararteko’s Children and Young People’s Council. According to the Eurobarometer, that is one of the matters of greatest concern for today’s European youth.

During the first session of the event, Daniel Toda Castán, officer for European and international affairs at the Ararteko, during a conversation with Gabriel Berlanga, the Deputy Chair of Equipo Europa Euskadi, helped the audience to further their knowledge and better understand the Charter of Fundamental Rights of the European Union. During the following session, three young people discussed the importance of involving the youth of Europe in the Union’s current and future projects, such as the Green Deal and the Conference on the Future of Europe.